Click on the photograph to learn more about his fantastic collaboration between Trees Atlanta and Freedom Park Conservancy. Exciting! 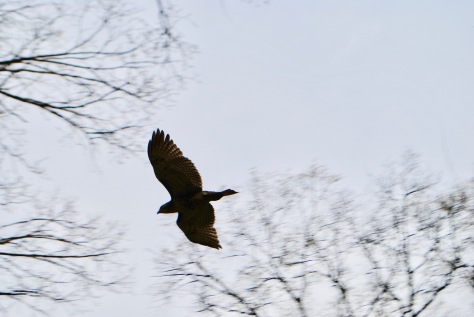 Inman Park Tree Watch has been working with Trees Atlanta and the IPNA Springvale Park Committee to restore the natural half of Springvale Park, lying south of Euclid Avenue, to a healthy condition.

The project is being funded by the Inman Park Neighborhood Association, Springvale Park Committee, and the Trolley Barn.

By summer 2018, invasive trees, shrubs, and vines had become rampant throughout the forest:

The plan to remove these invasive plants calls for five to six volunteer projects in addition to high density professional herbicide treatment of the ground layer.

The first workday was held in September 2018. Volunteers pulled up Japanese chaff flower, a perennial which tends to form dense monocultures capable of shading and outcompeting native plant species. 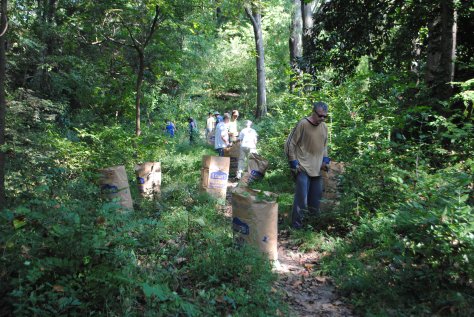 In October, November, and December, students in a Forest Stewardship workshop being conducted by Trees Atlanta did work in the park, including cutting English ivy from some of the towering  hardwoods in Springvale.

Meanwhile, preparations are being made for the eradication of English ivy and creeping liriope or monkey grass from the forest floor: 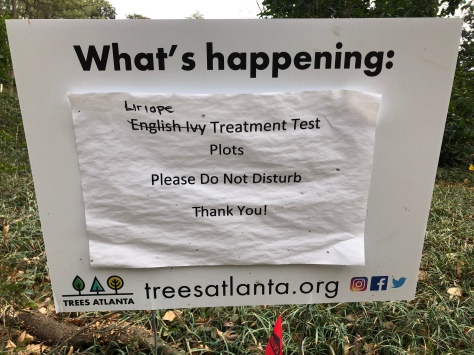 So, in sum, steady progress is being made toward our goal of a healthy, beautiful, and more usable Springvale Park: 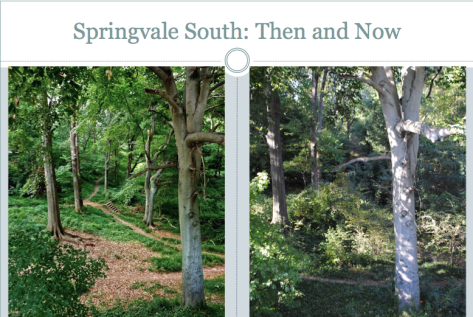 Already appearing from underneath the choking layers of invasive plants are gems like this white oak seedling:

Once invasive plants are removed and a plan is in place to prevent their return, we will be planting new shrubs and trees in the park. Interestingly, we are fortunate to have, for consulting, the 1903 plans formulated by the Olmsted Brothers firm, at the request of Joel Hurt:

The next volunteer workday will take place on Saturday, February 16, 9:00 AM to noon. 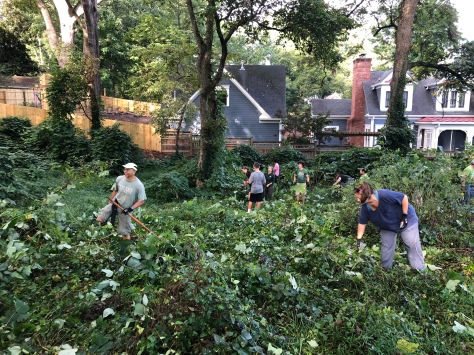